Listen up, all you Communist, Marxist, Socialist, Left-wing Liberals!

Your ideology is unacceptable here in America.

We the people who are Americans and love our country do not find you, the Communist, Marxist, Socialist, Left-wing Liberals, acceptable.  You and Pres. Obama are haters.

You and Obama are “The Enemy Within.”

President Obama, and all of you, consider yourselves America’s Judge and Jury, and believe that you are the ones to punish America and Americans for their sins.  Your collective egos are massive and sick.  You are anti-American and you should not be here in our country.

…and here’s something for you holier-than-thou guys to chew on:

“They..” (YOU LIBERALS) “…never open their mouths without subtracting from the sum of human knowledge.”

“We must move America forward” is your strange mantra:

Mayor Giuliano cleaned up New York City and made it fine again.  You are bringing it back to pre-Giuliano chaos and evil. (BACKWARD!)

In the process of destroying the finest Healthcare system in the world.  (BACKWARD!)

Just made a very bad deal with Iran (our enemy).  Lifted sanctions, which will literally give Iran $100 billion dollars to do their dirty work.  (BACKWARD!)

Withdrew our troops from Iraq just when the Iraqis were becoming safe and looking forward to living again. Then ISIS saw the opening in Iraq – you know the rest.  (BACKWARD!)

Obama’s entire existence is devoted to the punishment and destruction of America and it’s citizens.  He truly thinks he’s a God, that his very presence upon the earth is enough to light up the world.  Instead, the world grows darker, with evil and depravity and beheadings, even here in America.  (BACKWARD!) 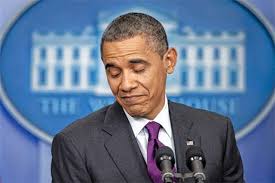 Perhaps you, my readers, can add to the “BACKWARD!” list.  Don’t be afraid of this administration, aka “Obama’s Evil Empire.”

Talk to me! Cancel reply